The most famous Admiral Isoroku Yamamoto Quote about the sleeping giant may not even have been said by him.

“I fear all we have done is to awaken a sleeping giant and fill him with a terrible resolve.”

This quote can be heard in the films Tora! Tora! Tora! and Pearl Harbor.  However, there is some doubt whether it should be attributed to Yamamoto.

His other quotes may be even stronger and certainly hold the same sentiment.

“If we are ordered to do it,” Yamamoto had answered, “then I can guarantee to put up a tough fight for the first six months, but I have absolutely no confidence as to what would happen if it went on for two or three years.”

Yamomoto states this in 1940 to the then prime minister, Fumimaro Konoye.  This was long before the Pearl Harbor attack . Again in September 1941 he made a similar prediction:

“For a while we’ll have everything our own way, stretching out in every direction like an octopus spreading its tentacles. But it’ll last for a year and a half at the most.”  SEPTEMBER 1941

Yamamoto’s prediction was not wrong. The battle of Midway in June 1942 is often considered the turning point of the War in the Pacific. Midway was only 7 months after the Pearl Harbor attack. 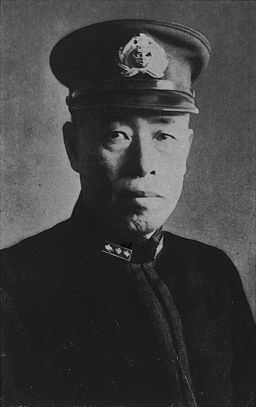 After the attack he stated in a letter to a colleague

“Britain and America may have underestimated Japan somewhat, but from their point of view it’s like having one’s hand bitten rather badly by a dog one was feeding. It seems that America in particular is determined before long to embark on full-scale operations against Japan. The mindless rejoicing at home is really deplorable; it makes me fear that the first blow at Tokyo will make them wilt on the spot.”

It is as if he was making another prediction about the Doolittle raids on Tokyo in April of 1942.

Unlike the Japanese press and the Japanese military, Yamamoto remained aware of the power of the United States.

“A lot of people are feeling relieved, or saying they’re ‘grateful to Admiral Yamamoto’ because there hasn’t been a single air raid. They’re very wrong: the fact that the enemy hasn’t come is no thanks to Admiral Yamamoto, but to the enemy himself. So if they want to express gratitude to somebody, I wish they’d express it to America. If the latter really made up its mind to wade in on us, there’d be no way of defending a city like Tokyo.”

This is a lesser known one of Admiral Isoroku Yamamoto Quotes, but again it shows his respect for his enemy and the ability of the American people to fight back.

The most famous Admiral Isoroku Yamamoto Quote about the sleeping...